Most hard-core off-road motorhomes are either based on one-tonne utes like the Ford Ranger or Toyota HiLux, or big 4×4 truck platforms that require plenty of room and the hassle of a truck licence.

But now Trailblazers RV is one of the first to offer a fully-equipped, go-anywhere motorhome based on Toyota’s popular, 79 Series single-cab LandCruiser workhorse ute – that the Braeside, Victoria-based manufacturer boasts is a proper off-road ‘expedition’ vehicle but, with an upgraded GVM of 4000kg, one you can still drive on a regular car licence. 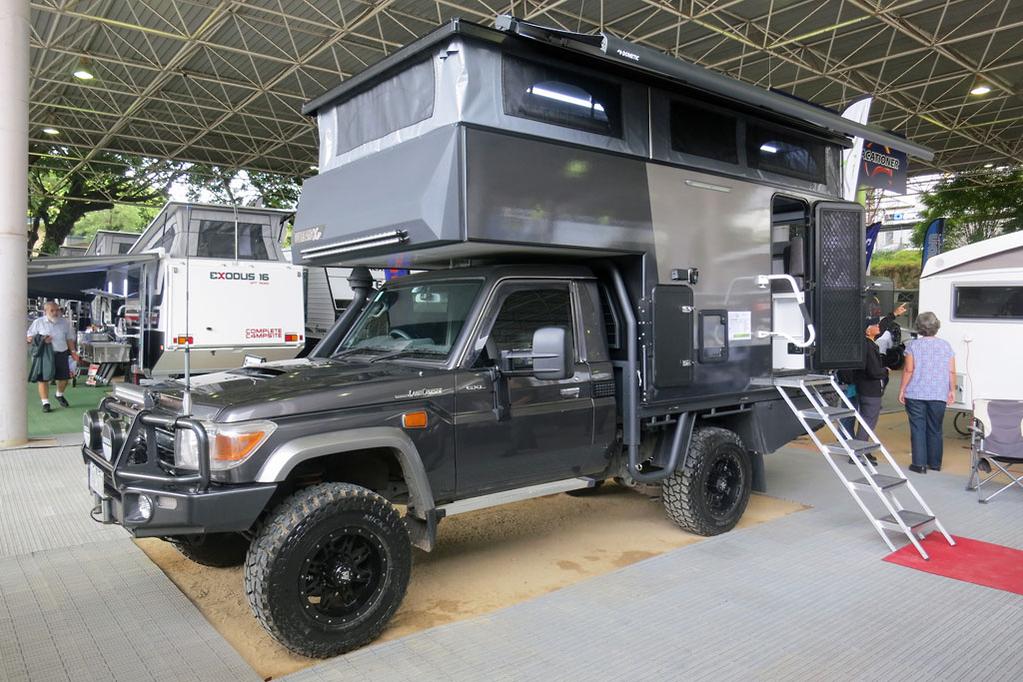 The new ‘baby’ Overland XP expedition vehicle features a demountable, lightweight fibreglass composite pop-top ‘pod’ — essentially a slide-on camper — that sits on the back of a modified LandCruiser ute cab-chassis which, apart from the GVM upgrade, gets new airbag suspension, bigger 35in wheels and chunky tyres, and a custom-built aluminium tray with toolboxes and two spare wheels. 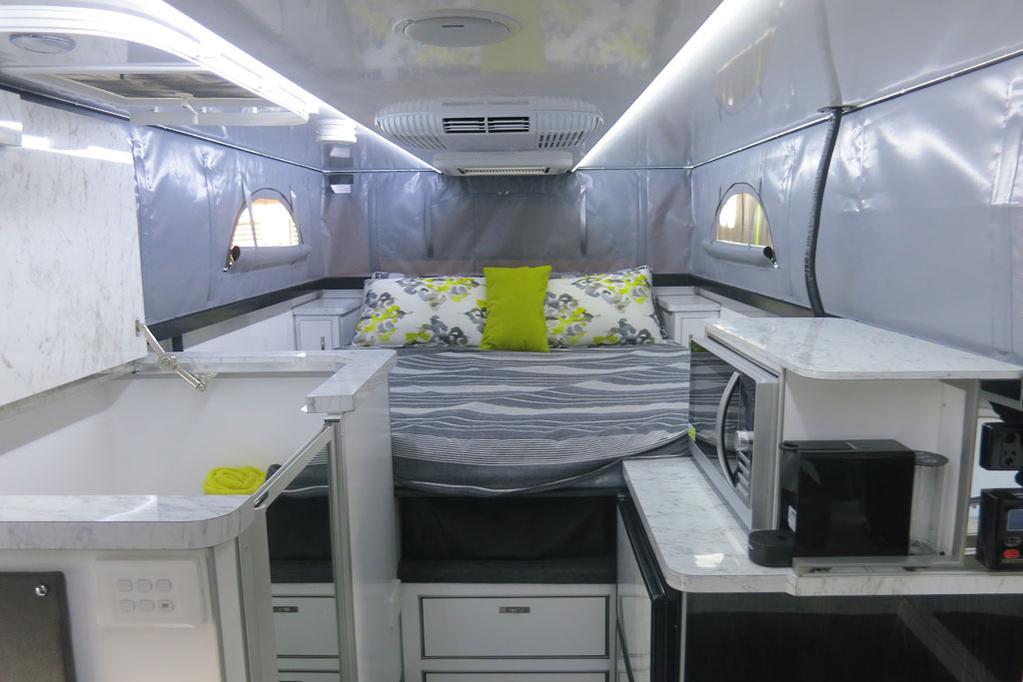 Another nice feature is the attached, five-step collapsible ladder for climbing into the motorhome, that neatly slides into a cavity under the floor when not in use. Travel height is about the same as an off-road caravan – 2.95m — while payload is around 700kg, with quite a few storage options both inside and out of the camper.

“We’ve been doing expedition vehicles for a long time, but they have always been on your 4×4 trucks like Isuzu and Iveco, but this brings that type of fully-equipped motorhome into the realms of a vehicle you can drive on a car licence,” Trailblazers’ boss Phil Richardson explained.

The prototype had a show price of $192,500, with options to boost that price with extras like gas or diesel ducted heating.